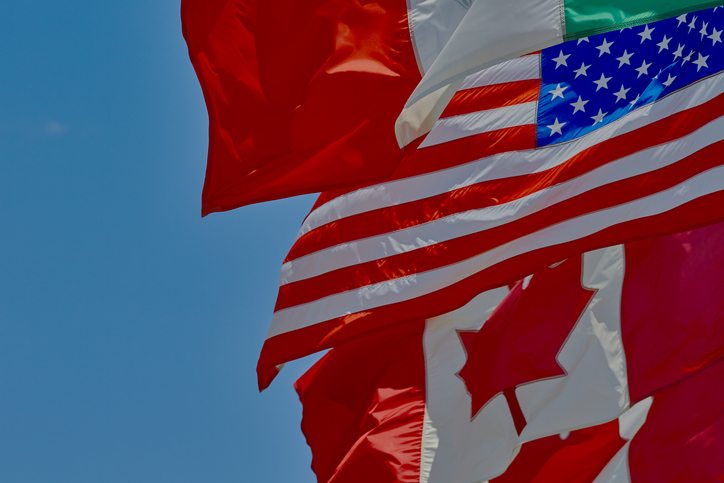 As the fourth round of NAFTA negotiations wraps up in Washington D.C., tensions are on the rise. With President Trump threatening to cancel the long-standing trade agreement if the US is unable to secure favorable changes, discussions have focused on establishing economic balance for all three countries. This was especially evident during the announcement that the fourth round of talks would be extended two full days.

In a meeting between US President Trump and Canadian Prime Minister Trudeau on Wednesday, October 11, Trump presented the possibility of a trade agreement between the two nations that could exclude Mexico. While it is unclear if this is simply a negotiation tactic, it is clear that talks have required more negotiation than was first anticipated.

Reviewing Each Round of NAFTA Negotiations

NAFTA Talks Round One:

The first round of NAFTA talks was, essentially, introducing the initial formalities. It also allowed each country to sample the playing field, analyzing which topics were of lesser and greater importance. Mexican Economy Minister Ildefonso Guajardo, US Trade Representative Robert Lighthizer, and Canadian Foreign Minister Chrystia Freeland all emphasized their commitment to reach agreements as quickly as possible.

Many round one discussions centered on the US’ desire to reduce trade deficits by strengthening the rules of origin for autos. The automotive industry is the single largest source of US trade deficits. At the conclusion of the first round, all parties were optimistic about the upcoming rounds.

The second round of negotiations took place in Mexico City, with the US and Canada clashing almost instantly on right-to-work laws. Canada pushed for the US to adopt a federal law that would ban states from having right-to-work laws. This would ensure workers could not be forced to join or support a union as a condition of their employment.

Canada’s request for the new law was rejected by the US.

Despite the clash, the second round ended on a promising note, with Lighthizer saying, “I am pleased to report that we have found mutual agreement on many important issues.”

Negotiations in the third round were more cordial than the previous two. A press release from the Office of the United States Trade Representative said that important progress was made in the areas of, “telecommunications, competition policy, digital trade, good regulatory practices, and customs and trade facilitation.”

At the conclusion of the third round, both Guajardo and Freeland expressed the opinion that the US had not yet presented formal proposals in areas of negotiation they considered highly challenging. After being asked whether she thought the US really wanted to make a deal, Freeland said, “I do not have the super power that allows me to look into the heart of a counter party and divine their true intention.”

The fourth round of NAFTA discussions is expected to be the most difficult yet. With discussions scheduled to conclude on October 17, many lobbyists and politicians have outlined what they believe to be potential “poison pill proposals.” These so-called “poison pill” proposals could undermine the effectiveness of the latest round. Chief among those proposals is the US’ sunset clause, which calls for NAFTA to end after a five-year period.

Analysts believe this round of talks will focus on agriculture, a subject that has already caused problems between the US and Canada in 2017.

How Withdrawal from NAFTA Could Affect the US

With the potential for negotiations to conclude unsuccessfully, there is a distinct possibility the 23-year-old free trade agreement could be terminated. This would have an almost immediate impact on the US economy. Tariffs would likely rise, and major industries, including automotive, agriculture, and healthcare, would experience huge trade declines.

Fruit growers and vegetable producers in the US are concerned that their business could be subject to “the kind of high tariffs that prevailed before” NAFTA was put in place. If a seasonality provision is added to NAFTA, many in the US agriculture community believe that interested parties in Mexico and Canada would also ask for similar conditions. Ultimately, this would negatively affect US farmers by causing unstable fluctuations in the market.

There is speculation that major issues will be unresolved when negotiations conclude at the end of the year. This would likely result in additional rounds, or more extensions of each round. Whatever the outcome, NAFTA negotiations have added to what has already been hailed as a volatile year for international trade deals.