India is the largest producer of milk with 187.75 MT production ( Basic animal husbandry statistics, 2019). The average yield is about 1600 Kg/animal whereas the world average is about 2700 kg/animal. Israel and the USA are the leading countries with average yields of about 13000 and 10500 Kg/animal respectively. (UGAM FOUNDATION’S). The United States of America is the largest manufacturer of maize and contributes nearly 35 % of the total manufacture in the world and maize is the driver of the US economy. The USA has the peak productivity (> 9.6 t ha-1) which is double than the global average (4.92 t ha-1).Whereas, the average productivity in India is 2.43 t ha-1.Maize is native of America. It was introduced to India by Portuguese during 17th century.(Krishi.icar.gov.in)

Ensiling surplus green fodders specially corn, barley, sorghum, pearl millet and oats during harvesting period would be the most suitable strategies to feed cows and buffaloes during periods of scarcity. Study has shown this approach not only supplies the nutritionally balanced ration, but also reduces the milk production cost significantly.
Ensiling is the process where energy rich green fodder is conserved under specialized controlled anaerobic conditions which leads to the development of a more digestible and nutritionally enriched fodder suitable for ruminants. 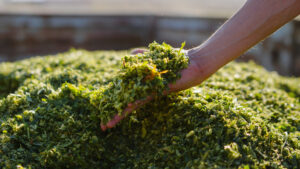 Let’s understand a few basic points of the ensiling process and quality of silage. Crop must be harvested between flowering and milk stage with dry matter of 35%.

Crop suitable for silage making:
Crops which are rich in soluble sugars/carbohydrates are preferred . Ex:Maize,sorghum,bajra 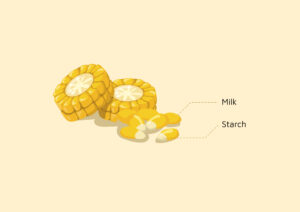 Cultivated and natural grass can be used with addition of 3-3.5% molasses.
Mixture of grass/cereal grass fodder and legumes such as berseem and lucerne etc. can be combined in the ratio 3:1
Leguminous and dry fodder combination can be used in the ratio of 4:1

Preparing silage:
Select the day when the weather is fair and not rainy.
Fodder should be chopped to 2-3 cm. 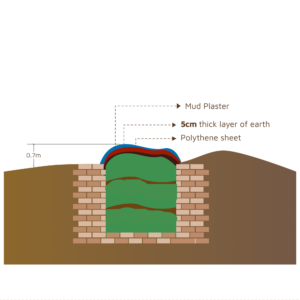 Salt at 0.5% and urea at 1% are added to improve the palatability and nitrogen content
Press the chopped fodder in silo layer by layer of 30-35 cm.
Filling of the silo should be fast as possible to prevent air accumulation.
After filling and pressing, the silo should be sealed with a polyethylene sheet.
Put weight through mud layer/sandbags to prevent air flow beneath the sheet
Open the silo for feeding after 45 days.

Changes during Fermentation:
With respect to Carbohydrates present in fodder:
Plant respiration continues for a short time even after packing in a silo pit.
Respiration also uses up some of the carbohydrates in plant giving CO2 as an end product
Which Result in rise of temperature from 27 to 38oC.
With respect to Protein present in fodder:
Proteases is responsible for Undesirable changes in plant protein during first 5-7 days of ensilage
Aspartate is converted to α Alanine,Glutamate is converted to α amino Butyrate
These 2 amino acids are limiting factors for lactic acid bacteria.
Polyphenol oxidase also contribute to change in protein value
pH for proteolysis is 6 which gradually decreases to 3-4.

Flieg Index:
It is a commonly used method to evaluate silage quality.
It estimates the total amount of lactic aid and butyric acid,expressed as total acid in the silage
Y=55.95+0.07X
Y=TDN expressed as % of DM
X=Flieg score
Flieg index take butyric acid into account