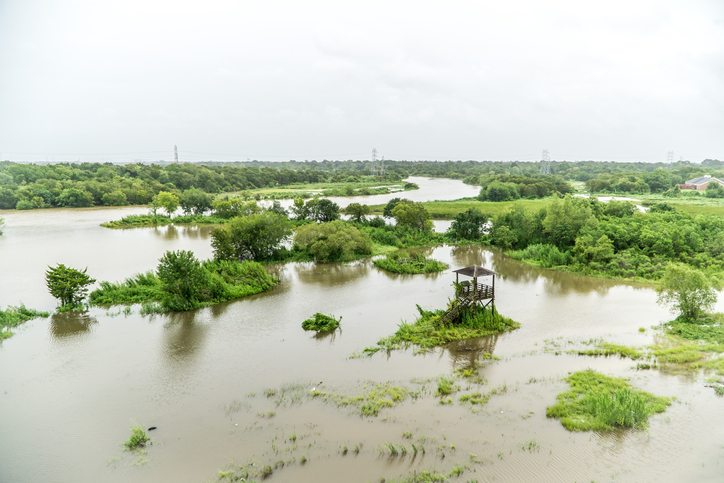 When Hurricane Harvey made landfall on the Texas coast, it brought with it winds in excess of 130 to 150 mph and 51.88 inches of rainfall, setting a new record for the continental US. In the wake of this devastation, the Texas agriculture industry is turning their attention to recovery efforts and measuring the impact this record-breaking storm will have on the future.

Recovery for Agriculture in Texas

While cattle ranching has become almost synonymous with the state of Texas, it was the cotton and rice crops that took the biggest hit. Approximately 100,000 acres of rice fields were destroyed by Harvey. Unfortunately, rice farms in East Texas will not be able to reap a second harvest due to the extent of the flooding and the majority of storage bins that have been affected by wind and water.

While rice was the most affected crop in Texas, damage to cotton crops is having a bigger impact on market prices. After Harvey left fields strewn with the remnants of what was expected to be a banner year for Texas cotton, prices experienced their biggest increase since July 2016. Some Texas townships had already begun harvesting their cotton crops, with many producing record-breaking yields that fell victim to Harvey’s devastation. Texas townships had already filled their storage bins with record-amounts of cotton.

Texas is the largest producer of beef in the US, with more than 12.3 million cattle spread across the state. The 54 counties declared a disaster area from Hurricane Harvey house more than 1.2 million beef cows alone. With so many animals living in the affected area, efforts are well underway to rescue stranded livestock that are within reach and bring food and water to the ones that are in more difficult circumstances.

Texas ranchers and farmers won’t know the extent of Harvey’s impact on their livestock for many weeks to come, but in the meantime, they are doing everything they can to keep their animals healthy, safe, and content.

Despite the dangerous conditions brought by Harvey, Texas cattle ranchers may not lose as much as they first anticipated. In fact, recovery efforts may not even be as costly as they were when Hurricane Ike hit Texas’ shores in 2008. Unfortunately, there will still be a massive cost due to Harvey’s far-reaching damage—and not all of it will be directly related to physical damage. Bill Hyman, head of the Independent Cattleman’s Association of Texas, fears that approximately 5% of their membership will exit the cattle business completely because of Harvey’s damage.

Implications of Harvey on Texas Agriculture

Rebuilding what has been destroyed or washed away will require a significant effort from the agriculture sector in Texas. Not only are they rebuilding their homes and the homes of their friends and family, but they are also faced with the possibilities of building shelters for thousands of livestock, and fixing structural issues caused by Hurricane Harvey in standing structures.

One positive sign amid the recovery effort is that beef prices are not expected to spike in the short-term. Unfortunately, ranchers themselves will still experience a heavy financial burden. The same applies to many commercial crop farmers, especially those that lost rice and cotton crops due to extreme flooding and strong winds.

As Texas agriculture looks to bounce back in the aftermath of the historic hurricane, many farmers and ranchers are focused on discovering what remains of their livestock, reestablishing fence lines, and accounting for farm equipment.