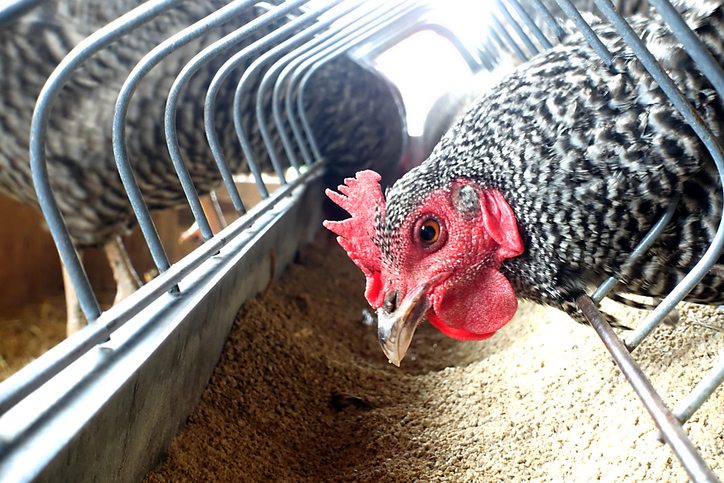 Studies conducted in Europe have discovered that 75-100% of livestock feed contains multiple mycotoxins, which can negatively impact the health of animals. In 2017, multiple studies showed that mycotoxin levels in feed crops were on the rise.

One of the most commonly affected crops is corn silage, which was found to have “extremely high levels of mycotoxins, particularly deoxynivalenol (DON), type A trichothecenes (T-2), fusaric acid and fumonism” in November.

The implication of these reports is that farmers and livestock operators will have to take early precautions to help prevent livestock from ingesting mycotoxins and suffering from mycotoxicosis.

Mycotoxicosis is a disease that occurs when livestock ingest feed or grains that have become contaminated with mycotoxins, or have been exposed to contaminated bedding. The animal’s liver and kidney can become impaired due to toxins  and the central nervous system may be affected.

The University of California, Davis reported that due to early and abnormally high rainfall in the Great Central Valley during 2017, mold growth was much more prominent than previous years and has caused an increase in mycotoxin levels in corn silage.

While low levels of mycotoxins are almost always present in silages and cattle can safely consume them—thanks to detoxifying rumen bacteria—problems occur as levels increase. Greater amounts of mycotoxins overwhelm the rumen bacteria, inhibiting their ability to detoxify. When this happens, the “mycotoxins escape the rumen, are absorbed from the small intestine and exert their toxic effect on the animal.”

A prominent factor in determining the level of mycotoxins in silages each year is the weather, especially when weather extremes are commonplace. 2017 was interspersed with excessively high temperatures and heavy rainfall, as well as extremely low temperatures and very dry conditions across the US. These intense weather situations were ideal for mold growth.

There are 2 main climatic conditions that cause mycotoxin production levels to rise:


Moisture is one of the most important elements needed to create an ideal environment for mold to grow. When dried maize fields have a moisture level that’s greater than 20% it creates a perfect environment for Fusarium to grow and produce mycotoxins.

Moisture is present in feeds in two forms:

Microbes, like molds, utilize free water for survival and multiplication. The level of free water present in raw materials and feed is measured as water activity, and each organism has an optimal range of water activity in which it flourishes. Regulating the amount of moisture in feedstuff is an important step in preventing increased levels of microbes, and in turn, mycotoxins.

One of the most effective ways to eliminate mold growth is to implement a moisture management program. Reducing the amount of moisture in feed and grain storage bins is extremely important.

Aim to keep the moisture content below 10% to inhibit mold growth and reduce the opportunity for mycotoxin production levels to increase.

Finishing Up with The Importance of Testing for Mycotoxin Levels

If you’re concerned that your feed or grains could be infested with high levels of mycotoxins you should begin testing feedstuff.

There are a variety of different tests you can use to determine mycotoxin levels:


When you pull samples for testing, make sure to get samples from multiple areas. For example, if you’re testing for mycotoxin levels in a feed storage bin, take samples from the top, sides, and bottom of the bin. Moisture levels may not be consistent throughout every section of a storage bin.

Once you know the levels of mycotoxins in the feed and grains your livestock consume, you’ll be better prepared to take preventative measures next time that will ensure your animals can achieve optimal health and maintain high productivity.