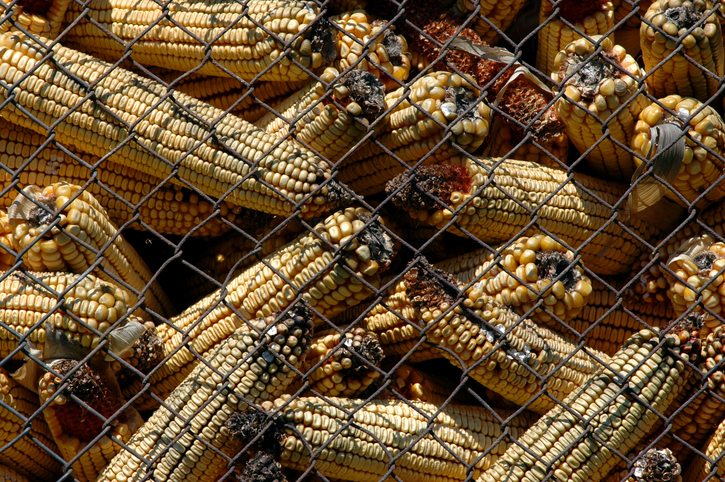 Management of mycotoxins has become the new normal for livestock operators, especially for cattle farms and ranches. Rainy conditions, high moisture content, and high humidity all contribute to the growth of fungi which can produce mycotoxins. Mycotoxin symptoms occur because of secondary metabolites that are produced by microfungi. As most farmers and livestock operators know, the effects of these symptoms are extremely harmful to the health and productivity of livestock and lead to an increase in the occurrence of disease, reproductive issues, and even death.

It’s important to identify and treat symptoms as early as possible because, livestock which ingest mycotoxins can become severely ill and—in some cases—die as a result. This is especially true among heifers, cows, and calves.

Symptoms of mycotoxicosis may vary depending on the type of mycotoxins, their interactions, species, the age and nutritional status of the animal affected, the concentration of toxins, the level of infection, and duration of exposure.

Many symptoms of mycotoxin poisoning can lead to kidney or liver damage if not treated early on. In addition, the longer an animal consumes feed that has been infected with mycotoxins, the greater the damage will be. For example, zearalenone toxins—produced by Fusarium sp—affect the reproductive system in pigs, cattle, sheep, and poultry, and reduce overall productivity.

According to an overview of mycotoxicosis from Professor Emeritus Gary D. Osweiler of Iowa State University, College of Veterinary Medicine, there are 6 principles that characterize mycotoxin diseases:

Unfortunately, mycotoxins cannot usually be medically treated successfully once an animal has been diagnosed. Here is a list of the best preventative measures you can take:

Mold is a common element in most farm ecosystems so the majority of farmers and livestock operators will deal with mycotoxin management during their career. The trouble with mycotoxins often begins in the crop growth phase and then carries into the feed and raw materials where it affects the health of livestock.

The effects of mycotoxins in silage and milk are worthy of special mention here.

Approximately 100 species of fungi produce secondary metabolites that are dangerous when ingested by animals and humans alike. Toxin-producing fungi often grow on plants that are harvested for feed—such as silage. Fusarium, Aspergillus, and Penicillium are the three most common types of species that grow on silage.

One of the dangers of these fungi is that they can still produce mycotoxins when their levels are low enough to avoid detection. This highlights the need for operators to begin using mold inhibitors early in the feed storage process.

“Milk quality—in relation to contaminants—is directly related to the type and quality of animal feed following the metabolism of mycotoxins and their subsequent excretion in milk.” The most common cause of mycotoxins in milk is associated with rumens consuming contaminated feed. This can be solved by preventing the growth of molds on feed through the use of feed moisture management combined with using mold inhibitors.

The best treatment for mycotoxin symptoms is prevention. Using high-quality mold inhibitors can solve a number of problems for livestock operations, including eliminating mold expenses and avoiding sickness in animals.

Here are a few of the biggest benefits associated with using mold inhibitors:

Countless trials have proven the efficacy of high-quality mold inhibitors in eliminating mold problems. Using mold inhibitors in conjunction with healthy mold management practices will help your operation save money and remove the risks associated with mold and mycotoxins.