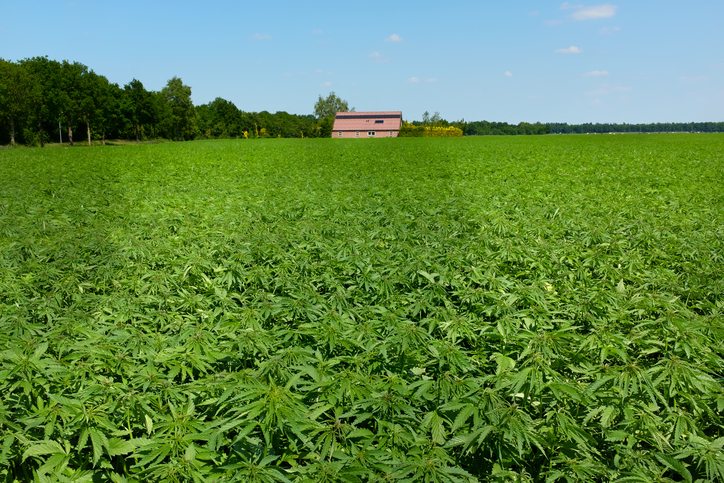 Hemp fed livestock is becoming a reality. Thanks to a decision by the Colorado state Senate on February 14, 2017, studies will be conducted into the viability and safety of using hemp in livestock feed. This move follows a much earlier move made by the Washington state Legislature in 2015 to pass a similar bill. Because of its close association with marijuana and THC, growing hemp was illegal in the U.S. from 1937 to 2014.

The 2014 Farm Bill helped change the perception of hemp somewhat by authorizing the experimental growth and research of hemp crops. Now, a new examination is underway to determine if hemp fed livestock can become a successful new agriculture outlet in the U.S.

The idea of hemp fed livestock continues to pick up steam as time passes. Recently, a House committee hearing at the Texas State Capitol discussed House Bill 3587, a bill that would allow Texas farmers to grow, harvest, and market hemp. All actions would take place under an already existing federal pilot program with 31 participating states. Farmers participating in the hearing before the House Committee on Agriculture & Livestock believe that allowing the growth of hemp crops would “provide an economic boon to the state.”

In Colorado, hemp fed livestock could become a reality as early as 2018. Some farms are already planning on producing and selling hemp livestock feed products. The main use to hemp fed livestock would come in the form of hemp seed meal, which contains high amounts of omega-3 and omega-6 fatty acids, in addition to amino acids.

What is hemp? First off, hemp is a non-psychoactive variety of Cannabis sativa L. Hemp is not marijuana, although both come from the same cannabis species. Their uses, chemical makeups, and cultivation methods are uniquely distinct from each other. For centuries hemp has been used to create paper, cordage, textiles, and a variety of health-related products. Due to restrictions and regulations from the FDA on the amount of trace THC that can be found in hemp fed livestock products, such as milk, legislation could get bogged down for many months to come.

Currently hemp fed livestock is limited to certain species, while excluding others, including poultry. Agriculture authorities don’t believe hemp is safe to use in poultry feed yet because of a lack of extensive research. The caution again lies in the worry that marijuana’s intoxicant, THC, could be found in animal products, such as meat and eggs. The majority of livestock producers are mainly concerned with raising healthy animals that increase in value as they grow. When choosing which side of the hemp debate they land on, they just need to keep the health of their livestock in mind.