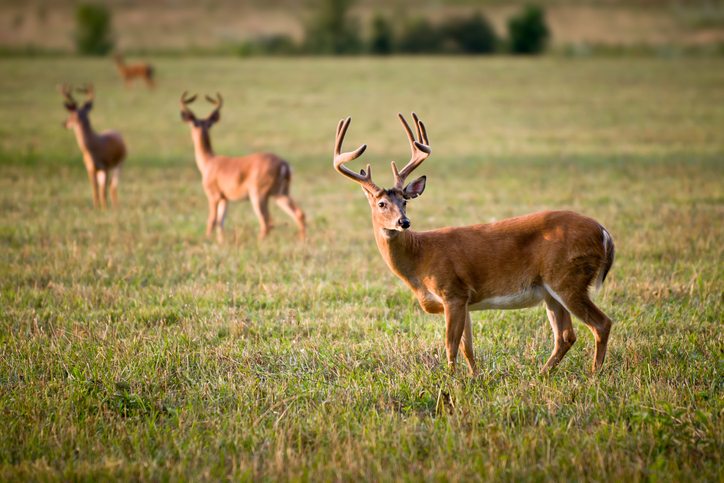 There’s some debate as to the exact dietary percent of deer protein feed that’s needed for the animal to achieve optimal health. The amount of protein that deer in the wild consume varies greatly depending on the time of year, geographic location, and weather patterns. Wild deer in South Texas sometimes consume as much as 25 percent protein in their diet.

In a study conducted by Robert A. Pierce II, Brend Vandeloecht, and Emily Flinn on the nutritional requirements of white-tailed deer in Missouri, they found that growth rates, antler size, and recruitment rates are all affected by nutritional intake. Deer breeding has been growing rapidly because of the enhanced antler size and healthier stock that hunters prize. In the U.S. alone, deer breeding has become a billion dollar business.

What does this all mean? Deer feed manufacturers and deer breeders need to provide the best nutritional benefits possible to compete in a growing market.

High-quality feed additives work to augment the health of deer when their natural resources are less than ideal. Winter months, low rainfall, and poor vegetation poorly affect the diets of deer by depriving them of natural protein supplies. The average weaned white-tail deer requires at least 13-20 percent protein, while mature adults require just 8-12 percent. The difference is significant because weaned white-tail deer still experience significant periods of growth and need larger amounts of protein to reach their full potential.

From a Deer Feed Manufacturing Perspective

Using high-quality feed additives is a great way to improve not only the nutritional qualities of feed, but also the preservation of feed during and after processing. Mold, rot, and bacteria can all be successfully eradicated with additives. Additives at Bentoli, Inc. include pellet binders and feed conditioners that enhance the quality of pellets during feed processing so there’s less waste.

From a Breeding Perspective

Supplemental deer feeding has proven to be an effective way to combat poor nutrition and low growth rates. Deer protein feed is an important part of responsible management that improves the value of livestock both physically and monetarily.

As supplemental feeding has risen in popularity, the protein pellet has become the most common form of supplemental deer feed. Deer feed manufacturers that use additives known to improve feed palatability will gain a competitive advantage. Breeders know that sweeter, more palatable feeds and supplements can mean the difference between a well-fed deer and an average-bodied deer.

Improving the quality of deer feed with nutrient-enhancing additives has a trickle-down effect for feed manufacturers and breeders. Why?  Because healthier stock with exceptional growth rates and antler development add up to greater value and more business for all parties involved.
Animal feed manufacturers that can master the art of differentiation with high-quality feed additives will be well on their way to establishing themselves as the go-to supplier of animal feed.