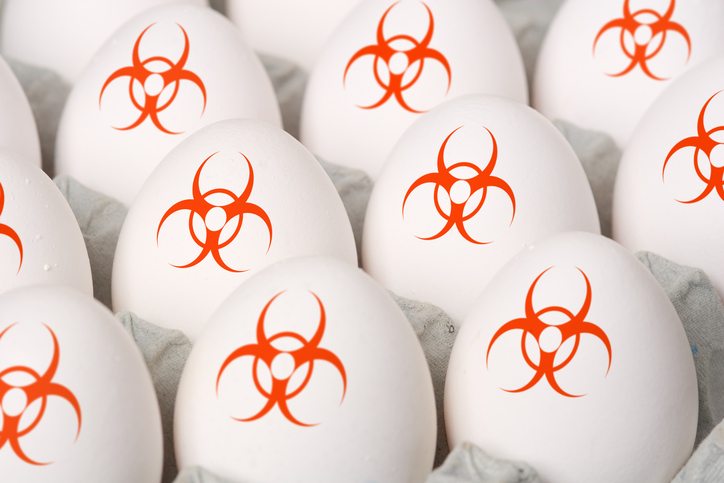 For the past five years, the H7N9 strain of the bird flu has wreaked havoc on China’s poultry population. According to NPR, the world power has experienced “annual waves of H7N9 outbreaks that peak around January and February” for the last five years.

One of the things that makes the H7N9 strain so dangerous is its ability to kill an entire flock in less than 24 hours. In addition, the H7N9 virus can infect both animals and humans.

So far, the number of avian influenza cases in China for 2017 has already matched the combined total of the previous four years. This makes the H7N9 strain one of the deadliest bird flu outbreaks in history.

On top of the massive number of outbreaks, the H7N9 strain has spread to more geographical regions of China than any previous strain. To prevent the virus from spreading even more, Chinese residents and international visitors are urged to follow these guidelines:

A Chinese veterinary institute discovered a mutation of the H7N9 avian flu in late October. The newly discovered mutation makes “the infection of animals significantly easier.” In a series of controlled tests conducted by the Chinese Academy of Agricultural Sciences Harbin Veterinary Research Institute, the virus showed the ability to mutate into lethal strains.

People that come into contact with the H7N9 virus can easily become infected. At the close of September 2017, at least 612 people had died on the Chinese mainland from contracting the avian flu. The health commission reported that approximately 40% of people who were hospitalized died as a result of the H7N9 strain.

Based on the virus’ ability to easily transmit between animals and people, many health organizations are concerned that a global pandemic could occur if immediate preventative measures aren’t taken.

To address rising concerns, “the CDC has developed a new vaccine based on the low pathogenic strain of the mutated virus.” The vaccine should offer some protection against the virus for the animal population but has yet to be tested on people.

Check for Symptoms of Bird Flu

It’s important to keep a close eye on poultry flocks and check for possible symptoms of bird flu in the coming months. Catching signs of early infection can mean the difference between losing and saving entire flocks.

In addition to identifying avian flu symptoms in poultry, you should also know the signs of human infection:

The H7N9 bird flu strain poses a deadly threat to the existence of poultry populations, especially in China and surrounding nations. A vaccine has been developed, so some level of control should be reinstated, but most vaccines are only effective 50% of the time. That means safety measures will be the main line of defense against the spread of the H7N9 virus.

As additional research is completed and more people employ measures of prevention, the chances for farmers and agriculture producers to protect their flocks from avian flu outbreaks will increase.