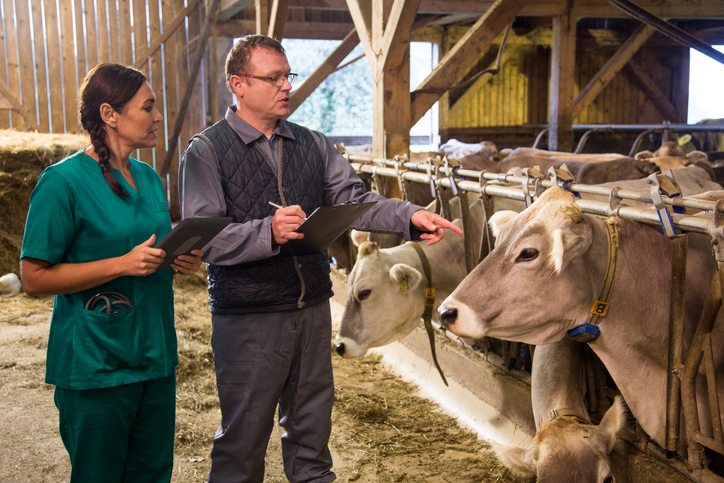 Should you use medicated or non-medicated feed additives for your livestock operation?

That’s the question many operators have been struggling with as they determine the best way to protect and improve the health of their livestock.

In this post we’ll cover these three advantages that non-medicated feed additives have over medicated ones:

The Risks of Using Antibiotics in Animal Feed

One of the chief concerns associated with using medicated additives is the transference of antibiotic-resistant bacteria from livestock to humans. In 1983, eighteen people in four different Midwestern states became infected with antibiotic-resistant Salmonella food poisoning after consuming beef from cows that were fed antibiotics.

Data suggests that resistance rises as the use of antimicrobials increases.The National Academy of Sciences of the United States of America projects that antimicrobial consumption among animals will increase 67% by 2030. That means more problems with resistance can be expected.

Non-medicated specialty additives have emerged as a viable and reliable way to avoid the over-use of medicated feeds. They can help improve the shelf life of feed and enhance nutritional properties, making it easier for livestock to absorb minerals, vitamins and other elements that support normal body functions. For farmers and nutritionists wanting to avoid the use of medicated feeds, these supplements could be just the solution they’re looking for.

While some medicated additives can help improve efficiency, feed supplements do it naturally by providing a healthy dose of amino acids, vitamins, and minerals. This creates a balanced diet that supports improved feed efficiency.

Medicated feed supplements have shown the ability to improve growth rates thanks to their ability to prevent infectious diseases. Unfortunately, this has aided the introduction of antimicrobial resistant bacteria as well.

Check out our free guide on The Top 9 Livestock Feed Additives and see how they can help solve your animal feed challenges while avoiding the chance of building antimicrobial resistance.