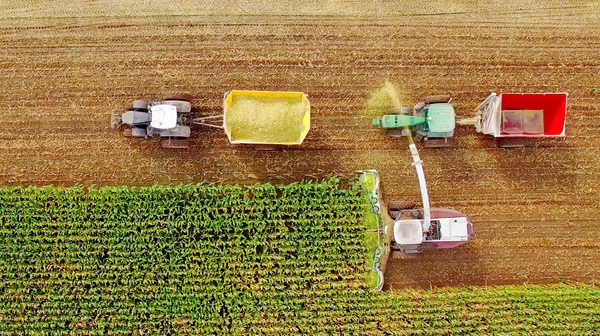 In an industry that’s typically more serious than entertaining, we’ve compiled a list of farming and agriculture facts that are sure to pique your interest. Most people wouldn’t associate this industry with humor or intrigue, but chances are you haven’t heard these six strange facts before.

1. What Kind of Milk Do Brown Cows Produce?

While the answer to the above question might seem obvious to many people, an online survey conducted by the Innovation Center for U.S. Dairy uncovered a shocking statistic. They discovered that approximately 7% of the adult U.S. population believes brown cows produce chocolate milk.

Apparently, that’s not the only cow fact that the adult population is confused about. A study conducted by the Department of Agriculture in the early 1990’s, revealed that almost 20% of adults didn’t know hamburgers were made with beef.

2. What is the Longest Recorded Flight by A Chicken?

Chickens aren’t exactly associated with being good flyers. Yes, they can fly short distances, but you won’t see one soaring above the treetops anytime soon. Thus, it should come as no surprise that the longest recorded flight by a chicken is just thirteen seconds long.

Perhaps of more interest is the longest ever recorded distance a chicken has covered in flight; 301.5 feet.

3. How Many Farms are Operated by Families?

4. How Many Miles of Flight Does It Take for A Bee Hive to Make 1 Pound of Honey?

Fortunately, bees can fly up to 15 miles per hour which allows them to go from flower to flower in a relatively short amount of time.

Did you know that the average runner can cover one mile in 7-10 minutes? If you’re new to running, it will probably take around 12-15 minutes to complete the same distance. As it turns out, pigs can run a mile in 7 minutes. That means your odds of winning a race against a pig may be lower than you thought.

Believe it or not, organic farming “typically requires 2.5 times more labor than conventional farming.” That sounds bad at first, but it also produces ten times the profit, making it well worth the extra labor for some.

There you have it; six entertaining facts on farming and agriculture that might just brighten your day or make you shake your head.